The Bahai Social – Economic Activities, a Means to Hide their Religious Propaganda

One of the problems of the authorities and people in the third world countries, especially in the Muslim communities, is the religious propaganda of the local and pioneer Bahais in order to change the religion of the children, Junior youth, and youth people, and convert them in to the Bahai Faith. The Bahai teachers use the social – economic development activities as a cover to hide their activities. This is not an honorable policy and practice, according to the legal and moral norms. It seems that the Universal House of Justice is also aware about this. Yet it encourages the Bahais and their administrative teaching committees to follow the same aggressive propaganda for the Children and (Junior) adults.

In this article we have provided translation of part of a case study, made by a non – Muslim western professor of sociology of religion, that is fairly related to this subject.

The Bahai propaganda under the cover of social- economic development activities is described in the Bahai literature as the “Indirect Teaching”, that provides social-humanitarian services to the needy people, as a means to attract their positive attentions, and then supply special Bahai propaganda to them. Providing general health care, initial educations and job skills, and “teaching Esperanto language have been useful approaches to propagate the Bahai cause to frequent people all over the world.” (Shoghi Effendi, Lights of Guidance, letter dated May 18,1937)

Besides Monotheism and Justice, the Prophet-hood has been one of the most important theological issues, during the years, especially in comparative and inter – religions courses. The recognition of the true claimants of Prophet-hood from the liars, depends on a correct and rational understanding of the “Message”.

In this article, which is a part of the book, “Essential Beliefs: A New look at the Principal Thoughts” by the author, he has developed the meanings and scopes of each of the 5 principal pillars of Islam, i.e. Monotheism, Justice, Prophet- hood, Imamate (Divine Infallible Leadership), and Resurrection, under 10 titles. He has tried to explain the issues related to Prophet- hood under 10 titles as below: Necessity of the Guide; the sign of Truth; the history and the Prophets; the heritage of the Prophets; the characteristics of the Prophets; the Divine Teacher; the Seal and Termination of prophecy; the eternal Miracle; the Ethics and Behavior, the Succession.

Every one of the above 10 titles can be extended; however, following the simplicity has been the motive of the author.

The holy prophets are the Messengers of God. The Almighty God has bestowed on them two divine weapons: the divine knowledge, and the divine extra- ordinary power, which serve as signs and miracle. The important point in comparing the levels of these two divine blessings, among the divine prophets, is that the last and seal of the prophets (p.b.u.h&h.f) has been endowed with more complete and stronger knowledge and power than what the holy previous prophets were given.

Another important point is that the Almighty God has bestowed upon the true immediate successor of the holy prophet – Imam Ali, Amir al – Momenin – all the divine blessings that He has given to His Last Prophet – except the Book and Legal revelation- is a more developed manner. If we could understand these points, then it is not far to accept that the positions of the infallible successors of the Last Messenger, are higher and over the previous holy Prophets. In this article, we have discussed the dimensions of this issue with regards to the time of Re-appearance of the holy Imam of the Age (Imam Mahdi)- may we were sacrificed for him.

Keywords: Mahdaviyat / the 12 ͭ ͪ Imam / the armed Revolt / Explanation and Exegesis of the holy Quran / The knowledge of the infallible Imams / The knowledge of Amir al – Momenin, Imam Ali / Return of the Promised Imam / Solomon, the Prophet.

The Administrative Organization of Babis during the time of Mirza Yahya Subh Azal’s habitation in Baghdad (1269 – ۱۲۸۰ l.h.)

Mirza Ali Mohammad Bab declared himself as the Promised Mahdi of Islam, and determined a Promised One for his new faith, and named him “the one who will be manifested by Allah “(Man yozherahollah).

He believed that God would appoint some Mirrors (Meraats) after his death, and before the time of “the one who will be manifested by Allah” (Man yozherahollah).

Those Mirrors would lead his followers according to divine revelation, and in case of their absences, the great learned Babis (The Martyrs of Bayan) would be the leaders.

This article will study the position of The Martyrs of Bayan in Bab’s Faith and will introduce some of them who had already appointed by Mirza Yahya Subh-Azal.

The article shows a kind of administrative organization for leading Babis during the secret life of Mirza Yahya Subh Azal in Baghdad. The article proves that the solidarity and coherence of Babis was not the art of initiative and endeavor of Mirza Hussein Ali alone.

Bahaism from the viewpoints of Baha’i critics and intellectuals (2)

Juan Cole is a full professor of history at Michigan University. He is currently one of the critics of Baha’i Organization.

He was an active Baha’i for 24 years. However, he was dismissed from the Bahai community because of his critical views on Baha’i thoughts and its organization.

He believes that the House of Justice (the leadership organization of Bahaism in Haifa – Israel) is engaged beyond its duties. He proves that the Bahai organization is now in the direction of dictatorship and a kind of one party governing body.

In order to show the authenticity of their religious leaders, the Bahais have tried different ways. In order to prove the correctness of the prophetic claims of Bab & Bahaullah, the Bahais refer to their behavioral characters and moralities, their sufferings during their lives, their abilities to write down the verses, the sacrifices of the followers of Bab and Bahaullah, and the attribution of the Bahais to the Quranic holy verses, which reveal that “Right” will survive, and “False” will fade.

In theirs article I will review the reasons and the approaches to evaluate the authenticity of the claimants of divine “Prophet-hood “from an Islamic view. Then, I will discuss the reasons raised by the Bahais.

The differences between man and woman are self –evident facts.

The religion of Islam confirms this fact and expresses and determines the duties and rights of each one on a just basis. Criterion of valuation in Islam is only according to purity and righteous. (Verily the most honored of you in the sight of Allah is –he who is-the most righteous of you. Quran: 49:13)

Equality of men and women is claimed as one of the 12 teachings of the Baha’i Faith; a total and comprehensive equality between man and woman. There are many evidences that Baha’i leaders violated this teaching in their sayings and books.

In this essay we surveyed this subject in Baha’i faith and also compared it with the Islamic laws.

The challenges of leadership in Bahaism, after the demise of Abdul Baha (Refreshing the validity of the Will of Abdul Baha)

Bahaullah, in his Book of will, determined Abbas Effendi (Abdul Baha) and then Mohammad Ali (the younger brother of Abbas) as his successor.

Some people questioned the authenticity of that Will and declared that it was apocryphal and fake, and provided some evidences.

In this essay we discuss and survey the reasons of these claimants.

The Babi Uprising in Zanjan 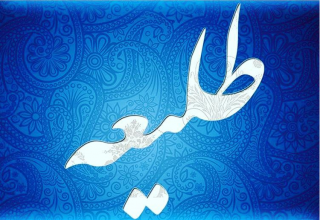