Religious propaganda is an important requirement of Baha’i Ideology and has now become a prescriptive-offensive strategy for Baha’is in disguise the right to propagate religion or the right to express one’s religion. Although it is necessary for legal words to have clear conceptual boundaries due to their capability, the concept (religious propaganda) is in itself ambiguous and this ambiguity is problematic both in the Constitution law of the Islamic Republic of Iran and in international Documents. It is difficult to provide a precise legal definition of it. One of the examples of free choice of religion and expression of opinion is the expression   of religion. This article tries to explain the concept of religious propaganda in the Iranian law and international law, and then shows that according to the legal logic in every legal system, religious propaganda can be restricted or even banned.

In recent years, the process of socio-economic development in various countries, especially in underdeveloped and developing countries, has become a tool to promote the Baha’i faith and its spread in different parts of the world. The Baha’i Community provides the necessary financial resources and the implementation of small and large projects in a geographical area, paving the way for the expansion of the Baha’ism and its organization.

In this study, utilization the Baha’i Teachings and its Religious Orders and examining the financial reports of some Baha’i propaganda institutions, we categorize the conventional funding sources used in these projects. Surveys show that these resources typically come from satellite organizations under the auspices of the Universal House of Justice and through the general participation of Baha’is under various titles of Rights of God and donations, as well as the financial resources of wealthy Baha’is and sometimes in the form of charity and charitable projects.

Socio-economic development, the Rights of God, Donations, Institutions inspired by the Baha’i Faith

Haj Mohammad Karim Khan Kermānī is one of the important and influential figures of the Shaikhi school of thought who has played a great role in its spread and expansion. One of the most important historical and intellectual features of him and his successors is their widespread confrontation with criticism of the Babi and Baha’i activities. He wrote four books and booklets on the critique of Bab, which must be studied and analyzed. This article analyzes the second of them, Article of Tir Shahab on the rejection of the damaged Bab, and shows the importance of some of its arguments.

Indonesia is the world’s largest archipelago by area and the 15th largest in the world and the largest in Southeast Asia. It is the fourth most populous country in the world and the most populous Muslim country. Religious freedom is guaranteed in its constitution, so great care is paid to prevent extremism or propaganda and missionary activities of religious groups, among followers of other religions and sects, do not disrupt social order and cause inflammation and tension. In 2000, the ban on Baha’i organizations in Indonesia was lifted after nearly three decades, provided they do not carry out any propaganda activities to change the religion of others. However, given the contents of the cases of the Baha’i Missionaries, it is clear that the organizations of the Baha’i Community has not responded adequately to the trust of the Indonesian government.

Samuel Graham Wilson, American Protestant Pastor, scholar, writer, theologian, and critic was born on February 11, 1858, in Pennsylvania, USA, and died in 1916. He received his master’s degree from Princeton University in 1879 and his doctorate in Christian Theology in 1880 from the University Of Pennsylvania, School Of Religious Studies. Wilson came to Tabriz, Iran, at the suggestion of the Christian missionary group, and worked at the American Memorial School for more than thirty years. The American Memorial School – Tabriz, founded in 1881, is one of the oldest schools in Tabriz, run by missionaries of the Presbyterian (Protestant) sect. Dr. Wilson’s long stay in Iran, his close association with Babis and Baha’is, his extensive study of Baha’i writings and teachings, both in the West and in the East, and his acquaintance with the teachings, books, and thoughts of the Baha’i leaders reflected in his critique books and articles about false teachings of Baha’ism. He has found out their lies and has clarified about them in his writings. He introduced Baha’u’llah and Abdu’l-Baha as cunning fascists and questions the relationship of Baha’i leaders with revelation and divinity because of their bad actions and deeds.

Book Review of “Some Answered Questions”

In The Book of Some Answered Questions, Abdu’l-Baha’ seeks to apply the enunciation ‘s of Daniel’s Gospel of the freedom of the Children of Israel from the clutches of Nebuchadnezzar and his successors to Bab and Baha’u’llah, thereby proving the false  legitimacy of their predecessors to the Bible. This article introduces Daniel, the importance of the book attributed to him, as well as the validation and critique of the adaptations of the Gospel of Daniel to Bab and Bahā’u’llāh. 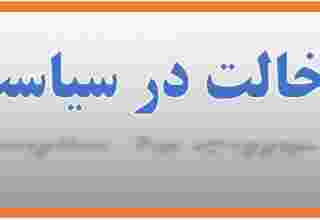