One of the main characteristics of all the divine messengers is speaking with the language of people to whom have been sent. It is obvious that the most familiar persons to a prophet or divine leader are people of his tribe, city, and nation. Therefore, a prophet or divine leader needs to speak with people of his nation and city in a generally known language to achieve a correct and logical communication with them. Although Bab and Bahaullah have lived among the Persians and claimed their positions in Iran, yet they haven`t presented all their writings in Persian language!

In this article, we study Bahais’ reasons that why the Bab and Bahaullah haven`t written their books according to their nation`s language (Persian).

Study of Will and Testament

The Wills of Bahaullah and Abdul-Baha are considered as the honorable heritage of the Baha’i community. According to the Baha`i learned people they could prevent any deviation and division among the Baha`is.

Bahaullah in his written Will introduced Abbas Effendi (Abdul-Baha) and his younger brother, Mohammad Ali Effendi, as successive leaders of Baha`is. But after the death of Bahaullah, Abdul-Baha neglected his father`s Will.

Contrary to the requirements of the Will and Testament, Shoghi Effendi died while he had not appointed his successor. It caused a big challenge for the Baha`is. In this article, the text of Will and Testament and also the surrounding views have been investigated.

Baha`is from the Perspective of Christian Critics

William Miller, the researcher, writer, speaker, critic, and American Protestant Priest was born on 12 December of 1892, in Middlesboro, Kentucky, USA. In 1919, he obtained his Master from Princeton University, and then his Doctorate in Theology from university of Washington. Since 1919 he has been missioned to Iran, as a Christian Missionary from Presbyterian Church, and propagated Christianity for 40 years. He resided in Mashhad for a long time. Due to his long stay in Iran, Miller found perfect companionship and communication with the Baha`is and Babis, and knew the doctrines, teachings, books, and thoughts of the Baha`i leaders. By observing the Baha’i deceptive propaganda and activities in Europe and the United States, he sought to shed light on them by using the facts obtained from the history and teachings of the Babis and the Baha’is, and much information he had found about the Baha’is in Iran.

Miller considers the Babi-Baha`ism not a divine religion, but a political- religious cult. He also knew that the Baha’i books were distorted, changed, reconstructed, and censored according to daily events and developments of the Baha’I leadership.

Miller concluded in his study that the real successor of Bab was Mirza Yahya Noori, called as Subh-Azal. His half – brother (Bahaullah) seized the position of Mirza Yahya and control of the Babis by any means. Miller criticizes Abdul-Baha and Shoghi Effendi, the successors of Bahaullah, among other things, for not only they were unable to achieve the “unity of the human world”, but also, for their failure to establish unity within their small family and limited Bahai community.

Bab: The Gate of the Baha’i Faith

Examining the views of Omid Ghaem Maghami in the documentary: The Gate: Dawn of the Baha’i Faith

Remarks by Omid Ghaem Maghami (Professor of Islamic Studies at New York State University) in The Gate: Dawn of the Baha’i Faith are not only longer than other  experts in that  documentary,  but also he speaks on some of the most important Baha’i  events, such as  the Bahaullah’s claim of being  inspired by God in Prison of Tehran (1269 AH). This article seeks to survey the accuracy or inaccuracy of his words in that documentary.

A Glance at the Baha’i development in Western Europe, especially in Denmark

In the Book Citizens of the World, by Margit Warburg

The study of the development of the Baha’i Faith in Western Countries answers the question of how much the absence of governmental barriers and non-biased behavior of the proselytized people may contribute to the spread of that Faith. By examining the documentation of Ms. Warburg, it can be seen that even when these two factors had no serious effect on the Baha’i propaganda policies, despite the use of various strategies such as presenting the Baha’i Faith as a new religion, presenting it as an organization with humanitarian policies, and using international organizations such as United Nations and international agencies, we do not observe a significant success in developing the Baha’i Faith in the West. The continuation of the study reveals the departure of Bahaullah and Abdul-Baha from their early teachings, to introduce a new version of the Baha’i Faith at the beginning of the twentieth century. This strategic shift took place in such a way that at first only social teachings were considered and then the Baha’i Faith was introduced to Europeans as an American religion. Although these two changes largely opened the way to the Europeans to accept the Baha’i Faith, however, the Western Baha’i missionaries and the Iranian Baha’i migrants to the West could not significantly change the demographic composition of the Baha’is in the West. To the extent of this matter, according to Ms. Warburg, in a country like Denmark, the Baha’i Faith will soon be recognized as an immigrant religious group. But this “policy change” has been more successful since the mid-twentieth century in the less developed countries of Asia and Africa.

The main purpose and reason for the Universal House of Justice’s emphasis on sending missionaries and propagating the Baha’i Faith in the West seems to be the qualitative development of its followers and earning more religious income from rich countries, which is well documented in Ms. Warburg’s research. 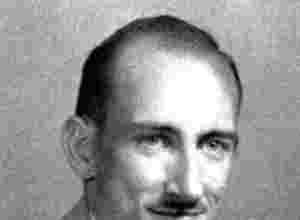