Sanctification, an approach to the independent identity of the Bahai community

Margit Warburg has studied the history and sociology of the Bahais, and especially the issue of globalization. She has spent more than 25 years, within the late twentieth and early twenty-first centuries, researching about this community in various countries and particularly in the BIC headquarter in Haifa, the Occupied Palestine. Her outstanding work, The Citizens of the World, contains some interesting evidences of the process of identifying the Bahai community as a cohesive and organized religious group over the past 100 years.

The materials and texts, compiled by a sociologist of religion, reflects the fact that in the current system, especially after the leadership of Shoghi Effendi, various capacities and facilities have been used in the process of Baha’i identification, the main of which has been sanctification. Shoghi Effendi, the Guardian of Baha’ism was able to use this principle in the identification of the Baha’i world community with special care and designing. Baha’is use the term “community building” to identify some of these sanctifying activities.

This article presents some of Ms. Warburg’s research on Baha’i sanctification, especially from the time of Shoghi Effendi thereafter.

Revolt against the Universal House of Justice;

Review of the thoughts of Mr.Thabit Rasekh, and the causes of his Refusal of the Bahaism

One of the prominent Baha’is who converted to Islam is Colonel Yadollah Thabit Rasekh. For many years he had a heartfelt trust in the Baha’i Faith; and had endured many problems along the way. He was diligent in propagating Baha’i Faith, and did not hesitate to spend his wealth and time on it.

His main reasons for renouncing the Baha’i Faith were:

– His protest against the performance of the Hands of the Baha’I Cause, after the death of Shoghi Effendi, as the leadership of the Baha’i community;

– The illegitimacy of the House of Justice without the presence of the Guardian of the Faith (Wali Amrullah);

– The division of Shoghi Effendi properties, in Iran, after his death;

– And the Bab’s confession about the living existence of Imam Mahdi. , Hujjat Ibn Al-Hassan Al-Askari, in his books of exegesis on the Quranic chapters.

After his conversion to Islam, he was persecuted by the Baha’i organization and his former colleagues. In this article, we will have a look at parts of his life and his approaches in returning from the Baha’ism.

Marriage is a fundamental basis on which divine creation is based, and is a general rule that runs throughout universal existence. By following the rules of sexual morality, human beings have sought to limit the scope of marriage and prohibit incestuous marriage. Prohibition of this issue has been seen even among the most primitive human beings, but this does not mean that it has always been the main rule among all the human beings. Incestuous marriage is specifically forbidden among the Abrahamic religions, Islam, Christianity, and Judaism. The Holy Qur’an, in detail, defines close families and expresses the scope of sanctity of marriage.

Baha’ism claims to be a divine Faith. It claims that incestuous marriage is forbidden in Baha’is, as in divine religions such as Islam, Christianity, and Judaism; and that Baha’ism like Muslims, and to the same extent as Islam, forbids incestuous marriage. The purpose of this article is to examine this claim and its degree of conformity with the teachings of the Abrahamic religions. Also the statements of the Baha’i Leaders, the messages received from the House of Justice, and some of the claims of Baha’i writers in this regard have been analyzed and scrutinized.

Although the Babi creeds grounded around the advent of the promised savior of the Shia first, it changed greatly since 1264A.H.However, Ali Mohammad (Bab) left the position of being the gate of Imam Zaman (Mahdi), and declared that Islam is abrogated, and claimed of the emergence of a new Faith called as Bayanic Religion. His followers have tried hard to declare that Islam is outdated, and replacing the Kitab-i-Bayan in place of Quran, and propagate it as a new and independent religion.

In this article, we try to study what has happened in Badasht gathering, and how the abrogation of Islam was announced by the Bab.

Omid Ghaem Maghami (The professor of Islamic Studies in New York State University) who is a follower of Baha`i Faith, has made researches about the thoughts of Mahdism.

This article proves that his viewpoints, about both the contents and method of the book of the late Noori Tabarsi, have been found as incorrect.

“The Secret of Divine Civilization” of Abdu’l-Bahá;

The Secret of Divine Civilization is one of the Abdu’l-Baha’s important works on regulating the   socio- political relations and regulation in Iran, which, according to the Baha’is is an Iranian roadmap for progress and development. Identifying the cultural contexts of Iran and Iranian writers,  at the time of writing this book and other people who have written at that time about the modernization of Iran and transition from the traditional condition of governance in the Nasereddin Shah  era, is one of the main topics of this article. Also, reviewing the contents of this  anonymous work with other works of Abdul-Baha, and the degree of conformity of the contents of this book with his other works, as the interpreter of the works of Bahaullah, are other topics in this study. 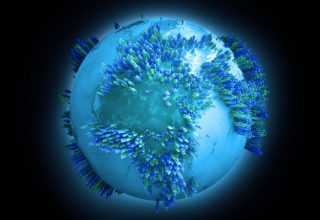