One of the serious recommendations in the Bahai Faith is to write a will and determine a deputy for its implementation. In this regard, Baha’u’llah wrote his testament called the Covenant. In that will, he introduced his eldest son Abbas as his first successor, followed by his second son, Muhammad Ali.

Abbas Effendi chose the title “Abdu’l-Baha” for himself, to show how much he was devoted to service and devotion to Baha’u’llah. However, Abdu’l-Baha did not comply with many of the provisions of his father’s will, and in practice he even ignored it, and appointed another person instead of    Baha’u’llah’s second successor.

He even did not show courtesy nor respect for his father’s family and his confidants, and despite Baha’u’llah’s insistence on loving his family and avoiding discord, he caused great discord among the family and other Baha’is. Although he is called “Abdu’l-Baha”, there is not a sign of servitude in his actions. This article deals with cases of breach of Bahaullah’s will.

Baha’ism from the viewpoint of Baha’i critics and intellectuals

Steve Marshall is a writer, thinker, critic, and Baha’i intellectual. He was attracted to Baha’i social teachings from 1972, when he was just over fifteen; and by1994, for 22 years, he was an active member of the NewZealand Baha’i community. Since 1994, after contacting Baha’i intellectuals and posting them on the Talismanvirtual forum, he was suspected as a leader of the opposing Baha’is by the Baha’I leadership in Haifa (Bait al-Adl).Then he was unofficially expelled from the Baha’i community. In 2000, by order of the House of Justice, Steve Marshall’s wife, Alison, was officially expelled from the Baha’i community “as a result of her criticizing the House of Justice, and communicating and defending intellectual Baha’is.” This was a wake-up call for Steve Marshall, who could be fired out if his critical stance would continues.

Steve and his wife, Alison, have been critical of the Baha’i leadership and have criticized the Baha’i Faith and the teachings of the Baha’is in various writings. This article describes some of Mr. Steve Marshall’s critical positions

The Baha’i offensive teaching and propaganda (proselytizing) is a term coined to refer to the behavior of Baha’is in their serious efforts to convert the people to Baha’ism. Propagation is a key element in the Baha’i faith. This is done in various ways, such as the messages of the Universal House of Justice, the actions of the Continental Board of the Counselors, teaching plans, International Teaching Center, spiritual classes, and more recently with the project of targeted dialogue and socio-economic development program notified to their national and local assemblies; and then the Baha’is are notified and every Baha’i is obliged to do so. An offensive teaching program like the evangelization, is an attack on the governing values of the societies, a soft subversion, and removal of individuals from their beliefs through various tactics, including the exploitation of their weaknesses and vulnerabilities. This article discusses the various practices of Baha’is for propaganda and conversio

Baha’is planning for preaching and proselytizing Children and Junior Youth

By:Dr. Abdollah Edisi -Expert of Int Relations and Researcher of Religions and Faiths

The Baha’i programs and practices are very important in promoting the Baha’i faith for children. Baha’i’s should set up classes for children and try to attend as many non-Baha’i children as possible, in accordance with the guidelines of the Universal House of Justice on children classes. In order to convert the children to Baha’i Faith, they teach them the interesting ethical materials and then gradually invite them to the Baha’i Faith.

After children, their families are encouraged to convert to Baha’i Faith.  In this article, first we mention the Universal House of Justice recommendations for the formation and planning of children’s classes, then the evidences of Baha’i publicity activities towards children in some countries are shown. It has been observed that there is a great deal of sensitivity toward teaching children in various countries. Then the methods used by the Baha’is for children’s classes are briefly outlined. Lastly, the important topic of proselytize of children and junior youth in Iran and the decree of the Universal House of Justice have been taken into consideration.

The second Baha’i leader, Abdul-Baha, insisted in his last will (known as Alvah Wasaya) that (Shoghi Effendi as the Guardian of the Faith) should choose his successor in his lifetime so that there should be no dispute after him. However, Shoghi Effendi did not explicitly introduce his next successor during his lifetime and this caused divisions within the Baha’i community.

The majority Bahai’s (led by the current Universal House of Justice, based in Haifa) believe that Shoghi Effendi’s failure to nominate a successor was a calculated action. In their justification, they do believe that the previous explanations given by Abdul-Baha and Shoghi were sufficient and not having the Guardian of the Faith would not cause any problem to the Baha’i community! While other Baha’i groups claim that due to Abdul-Baha and Shoghi Effendi’s strong emphases on appointing a successor by the Guardian of the Faith during his life, Shoghi Effendi should not have been indifferent to appointing his successor. These groups believe that Shoghi has implicitly assigned Mason Remey to this position in his lifetime. This article deals with this issue and briefly reviews the characteristics of claimants of leadership after Shoghi Effendi and their claims. 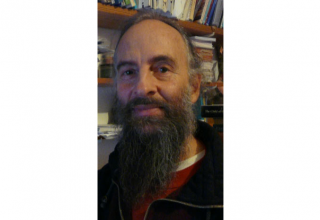