Mirza Taghi Khan Amir-Nezam Farahani is one of the great men of contemporary history who has been subject to different praise or hatred views . Although this historical character has been widely praised by various segments of Iranian society, but throughout the past two hundred years, both during and after his life, he has always been somehow judged from the grudge and spite point of view. One of the things Amir has always been accused of is dissent suppression in the repression of Babis.

Mirza Taghi Khan Amir Kabir, the well-known chancellor of Nasser Al-Din Shah Qajar, is identified with several features in the Iranian history. One of these features is suppressing the uprisings of followers of Ali Mohammad Bab and finally his order for his execution. This article gives a brief overview of these points and then examines and analyzes some of the actual descriptions of the Azal is and the Baha is, along with some outward and esoteric descriptions of Azal is in his praise.

Baha’is and Baha’ism claim to have been a new descendant of a chain of divine religions, which came in the wake of their former circle, the Islamic religion. Therefore, to illustrate their connection, they refer to the termination of Islam as the emergence of the Promised Person of Islam, and consider Mirza Ali Mohammad Shirazi (Bab) as the Promised one and the Qaem of Islam(Mahdi)in their interpretation.

The veracity and realism of this claim can be explored and pursued in many ways.In the light of the Baha’i claim to the issue of “equality of rights and equality between humans” and Bab’s great personality among them, in comparison to the justice and the human rights promised by Islam have been taken into consideration.

This article attempts to give an overview of the views and facts in the books of Bab as authentic texts among Baha’is regarding the “status and value of human rights” and the performance of the Bab is, influenced by the words and writings of their leader.

Bab and the Challeng of His Different Claims

Mirza Ali Mohammad Shirazi was born in Shiraz in 1235 AH. As a child student, he became acquainted with the ideas and beliefs of Sheikh’is through his teacher. Shortly after the death of Seyed Kazem Rashti, the second leader of the Sheikh’is he from 1260 AH, gradually raised various claims, including: claims of being the Bab, claims of Mahdism, claims of Prophethood, and abolition of Islamic laws.The change in the claims of Mirza Ali Mohammad Shirazi has had different reactions. Although the Baha’is have implicitly accepted all of his claims, they place particular emphasis on his claim to be Bab.

Some other scholars have argued against all of his claims on the bases of changes happened to his claims. In this paper, it is attempted to summarize, by examining the course of Ali Mohammad Babs’ claims and the arguments for and against these claims, the validity or nullity of the said claims by only looking from the perspective of changes in his claims.

Through history, there have been some particular features of divine prophets that distinguished them from ordinary people. Among these traits that are common to all the prophets is divine wisdom and infallibility given to them by the grace of God. Baha’is also considers their leaders as knowledgeable and infallible. By studying the lives of the Baha’i leaders we conclude that they were immune from error nat had divine knowledge, but even They less knowledge than a foreteller or an ascetic.

Belief in the finality of the Prophet Muhammad (P.B.U.H) is one of the most important Islamic beliefs that has been supported by numerous Quranic Verses and Traditions (Ahadith). According to Islamic sources, the Prophet Mohammad (peace be upon him) is the only prophet who has been nicknamed as “Khatam”-the last – by God, the Almighty; meaning he is the last of the divine prophets. The Quran is also the last divine book, and Islam is the last religion revealed by God. Until the Day of Resurrection, this religion and Book will not be abrogated, and there will be no other prophet for mankind.

Apart from this genuine Islamic belief, there are groups of disbelievers, including the Baha’is, who try to refute this belief. The Bahais’ pamphlet entitled “Eliminating the Doubts” is one of the sources that addressed this Issue in question 15 in eight sections.

The purpose of this article is to review those eight discussions and provide several documentation to answer the claims of the Baha’i writers stated in this regard. In Part 1 of this paper, the first four sections were discussed: the necessity of renewal of divine religions and the unlimited divine knowledge, the division between divine religions, all claim their religions as the final religion, and the verse of Khatam al-Nabi’ein. The second part of this paper discusses the next four questions, finality in the traditions, the difference between the Arabic wondy “Nabi” and “Rasul”, the intrinsic meaning of first and finality, and the Qur an’s emphasis on the coming of the prophets. 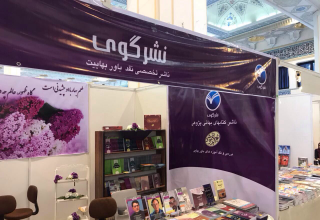