Baha’i From the point of view of Baha’i critics and Baha’i intellectuals: Part 7, Frederick Glaysher

He believes that the Baha’ism have deviated from their original course after Baha’u’llah and Abdu’l-Bahá and become a power-seeking, sectarian, and unethical organization. He refers to Baha’ism as the backyard of the United States and Israel, and considers it as an important role player in global political movements.

The process of propagation by Bábís in Karbala

Karbala (in Iraq) was the teaching place of Seyyed Kazim Rashti,the second leader of Shaykhiyeh sect .Hence a majority of its followers were living there. Some of the key figures of                    Shaykhiyeh became Bábí  from the beginning of Ali Mohammad Bab’s Claim in 1840.In addition that city was the place for the revolution of Mahdi ,the Awaited Man .Also that city was a center of teaching school of Ameneh Qorrat- ul Ain who was one of the prominent Bábí of that time . Many Bábís in Karbala were living there with an Islamic appearance and clothing after the execution of Bab.

Mirza Yahya Sobhe Azal in Baghdad has sent Hadj S. Mohammad Isfahani to Karbala to lead this majority of Bábís.

Hadj s. Javad Karbalai and Mulla Rajab Ali Ghahir whom both were the martyrs of Babism were also living in Karbala and they were engaged sometimes in preaching Babism.

Mirza Mohammad Bagher Sadrul ulama was one of the famous persons in Karbala whom has been attracted to Babism in result of their preachings and became one of the active Bábís.

Some of the Bábís in Karbala were in doubt of Mirza Hussein Ali Bahaullah who was the mediator between Sobhe Azal and Bábís. He also was afraid of their oppositions and he was trying to remove and solve their doubts.

Mulla Rajab Ali Ghahir wrote the first disproof book against the claim of Bahaullah. It seems that the killing of some elders of Bábís or leaving Karbala, hide living, denying their faith, being inactive and the Islamic circumstances of that city caused the decline of the preaching of Babism gradually.  Then karbala was the important base for Bábís for 26 yaers and it was declined after the murder of Mulla Rajab Ali Ghahir.

As Mirza Ali Mohammad Shirazi claimed to be a new prophet at this age and gained followers for himself, some of them claimed to be his successor after his death. They claimed that they are the Promised Ones (the one who will be appeared by God) to whom Bab preached. One of the claimants who was able to attract more Babi was Mirza Hussein Ali Nouri, known as Baha’u’llah.

He announced himself as the next prophet to appear. After that event, the Baha’is sought to justify the two successive advents of Bab and Bahá’u’lláh in less than ten years, and tried to justify it by special interpretation of the verses of the Qur’an and Hadiths, as well as the histories of double appearances in previous religions. This article responds to these justifications by showing that the use of verses and traditions and even the history of the prophets has been essentially insufficient in proving this, and the Baha’is and Baha’i leaders have interpreted the holy verses and narratives in their own favor.

Resurrection from the perspective of the Baha’i Faith

Resurrection of the soul and body is one of the principal Islamic beliefs, and its importance is shown therein. The Bahá’í faith is one of those schools that believe in spiritual survival and does not approve Muslims’ todays understanding of physical resurrection. It also considers the resurrection-related concepts, such as death, life, paradise and its material blessings, hell and its physical torments, and so on, belonged to the people of the preceding ages and to the extent of their understanding.

The Baha’i leaders believe that all of the above Quranic concepts are metaphorical or interpretative and have completely different meanings than their literal and physical meanings, and include higher concepts – according to the understanding of the peoples living in our period.

The present article examines the dimensions of the belief in the spiritual survival, the metaphorical and interpretative meanings put forward by the Baha’i leaders for resurrection and the extent to which they conform to the Quranic verses.

Documents have also been provided about the contradictions in the Baha’i leaders’ statements and their confessions to the return of the soul to the body, despite their general view on the resurrection.

Abdul-Baha and the scientific theory of mirrors

The reconciliation and matching of religion with science and wisdom is one of the twelve teachings of the Baha’i Faith. This teaching was devised by the third leader of the Baha’i Faith, Abdul Baha. Certainly the scientific statements put forward by the a religious leader are complete, comprehensive and impeccable in all respects, as they relate to the source of divine knowledge and generally should not be inconsistent with the laws of human science.

Abdul Baha refers to various science branches in the expression of this teaching. In response to the questions from his followers, he encourages them to learn science and technology. He has spoken on various physical topics such as the lightning phenomenon and the center of the spherical mirrors. In this article, one of Abdul Baha’s scientific statements on the subject of light refraction in spherical mirrors is discussed. Then the human science is examined in this regard, given the Baha’i leaders’ claim that religion is compatible with science and wisdom. The status of the mirror as a tool in human life has also been explored. Then the scientific and physical dimensions of the subject and existing theories are introduced. Finally, the discrepancy between the Baha’i faith and the science is shown regarding Abdul Baha’s claim about the spherical mirrors. 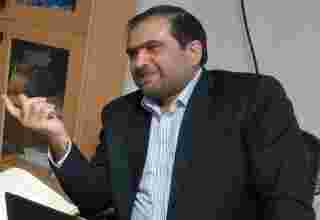