Noninterference and Noninvolvement in Politics, from assertion to reality

The relation between religion and politics has always been a matter of dispute among the intellectuals.

Bahaism is one of the faiths that clearly speaks about this relation. Bahaullah, the main leader of Baha’ism, ordered his followers to fully obeying the rulers and governments. His successor, Abdul Baha, in his book entitled The Secret of Divine Civilization talked about his ideas of Noninterference in Politics.

Shoghi Effendi, the Third Leader of Baha’ism, also continued the same direction and declared that Baha’ism is a nonpolitical faith and obeys the full obedience of all governments.

The history of Iran Country shows that the Baha’is had an influential role in organizing, Progressing and even the defeats of some historical events.

This article in answering the question 24 and 39 of the Book of Fixing Doubts, explores the role of Baha’is in Constitutional Movement, Jungle Movement, 1299 Coup, Relation with Israel, Pahlavi Dynasty and the other interferences of Universal House of Justice and the followers of Baha’i Faith in the politics of Iran. It also examines and answers this question that whether the Baha’is are subordinate and followers of rulers and are keen to tenure the hearths of people or referring to the sayings of Shogi are preparing programs to capture the states and governments and stablishing a Worldwide Baha’i Government?

They claimed that there is a divine pillar named The Guardian of Faith who is the head of the administration and explains and comments the Baha’i teachings and writings and he is the connector between the Creator and the Created and protects the world order of full democracy.

Secondly, there is a person elected House of Justice which is the second pillar of Baha’i Faith. Its function is canonization in Baha’ism when there are no clear laws or teachings in Baha’i leaders’ writings and it protects the faith and society from full dictatorship.

The Guardian of Faith who is the permanent head of House of Justice supervises the approvals of it and informs the members of the House if there will be any contradiction with the main writings of the Faith Leaders to revise their decisions and canonizations. In this system, they claim that there will be a divine guarantee to House decisions and on the other hand, the House will decide and canonize about the new problems, questions, and requirements in coordination with the new human demands.

In this article, we review this system and discuss the bugs and objections in practice. There are three main points in this review:

Firstly, there were not any time that these two pillars were together in any time of the history of Baha’ism and this vacuity cannot solve the problems of Baha’i Faith and its followers in its administrative order.

Secondly, the current House could not furnish and fulfil its functions in the absence of the Guardian and in many occasions has refused to do its duties.

Thirdly, sometimes these two Pillars interfered to their own functions. In one side Abdul Baha and Shoghi performed canonization and on the other side the House carried out the interpretation of the Baha’i texts.

There are many problems in the system of Baha’i administration order.

House of Justice, the Guardian of the Faith, Administration Order, Requirements of the Time, Democracy, Dictatorship

The repentance of Baha’i elites and scholars from Baha’i faith and writing about what they discovered of leaders and other Baha’is during their Baha’i lives are the best ways to find out the true face of this faith and its leaders. In fact, by referring to the writings and memoirs of some of the repentant of Baha’i faith, one can gain a better understanding of this sect.

Hajj Mirza Hassan Boroujerdi, nicknamed Niko, is one of the most prominent Baha’is missionaries. He publicly denounced Baha’is and disliked them after many years of being among the Baha’is and been living amongst their leaders and their followers and witnessing the deviation in the behavior of the leaders and the differences between their actions and what they announce.

This article briefly describes the life story of Niko.

Colonel Yadollah Sabet Rasekh was one of the most prominent Baha’is in the time of Shoghi Effendi and after him in Iran.

Gooy publishing company has published a book called “Up and Down”, in which some of his writings and memories have mentioned. One of the remarkable things and his mentions is the sudden murder of Shoghi Effendi, the third leader of the Baha’is at the hands of his closest friends.

Dowry in the Baha’i Faith

Dowry is a historical traditional from old ages and has been carried out in various forms in various societies. Since ancient times, almost all of the faiths have spoken out of Dowry in general. The Baha’i leaders have claimed the unity of the human beings and equality of male and female. Such an equality has not only been found in their religion, but also they have considered different Dowry for the spouses of men living in the cities and men who live in the villages.

On the other hand, in addition to the differences in Dowry there are different inequalities in the Baha’i Faith in other cases such as inheritance, elections in the House of Justice, Hajj, Etc.

Mirza Ali Mohammad Bab Shirazi in his youth hood life had spent some times in Karbala (Iraq) and studied in the schools of Shaykhieh Schools. He was affected by their teachings and believed that a permanent inductor (Bab=Gate) is necessary during the occultation of Imam Mahdi (a.s).

Then he claimed that he is the Gate (Bab) of Imam Mahdi and the successor of his late teacher (Kazim Rashti) on 5th of Jamadi – ul Avval, 1260 (after hejrah-lunar calender) to one of his classmates named Mulla Hussein Boushroyei in Shiraz (South Iran).

Referring to Baha’i sources, he offered the book of Ahsan ul Ghesas (Exegesis of Josef Part of Quran) to Mulla Hussein as a proof to his claim

The Baha’is celebrate that date as the annual ceremony of the being chosen of Mirza Ali Mohammad Bab as the new messenger of God.

The general content of that book consist of some interpretations of the sentences of the Josef Surah (chapter) and concentrated to his claim that he was the Bab (Gate) of Imam Mahdi (a.s) and he was encouraging his followers to try hard to preparing the appearance of Imam Mahdi.

Eric Stetson is one of the famous researchers and writers who expelled from the Baha’i faith administration after 4 years of active membership to this society because of his critical positions and free thinking views. He was trying to do some reforms in Baha’i Faith by showing different difficulties and faults through his speeches and writings. He even proposed a new Baha’i Group. He never had a militant and hard position toward Baha’i Administration but he had serious critiques to UHJ Baha’is.

Stetson does not believe the infallibility and being without mistake of Baha’i Leaders and believes that the result of this kind of attitude will cause the dictatorship and autarchy inside the Baha’i society. He does not recognize the current process of Baha’i leadership and believes that Mohammad Ali Effendi (the brother of Abdul Baha) is the real legitimate leader of Bahaism after Bahaullah. He is not optimistic about the future of Bahaism and thinks that in this situation this faith will not benefit and acquire a significant progress and ability. He also has some critiques about the book of Aqdas of Bahaullah and he does not accept it as a suitable teaching and book for the 21st Century. 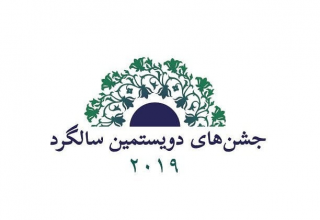