God the Almighty has already sent some messengers among the human beings to guide them. There were no contradictions or differences in their teachings or speeches since they have been chosen by God.

In this article some sentences (Ayah) of Quran and Traditions (Hadith) will be presented that show and prove the continuation of divine guidance by the Imams (a.s.).

After the establishment of the Baha’i community, its leaders and teachers tried their best to convert as many as possible of the Iranian people.

The late Ayati (Awareh) was one of the prominent Iranians who converted to the Baha’i Faith, and was trusted and respected by Abdul-Baha. However, after the death of Abdul Baha he found many doubts about the legitimacy of the Bahaism in his heart.

After a few years, his doubts turned in to certainty. He left the Baha’i community and converted to Islam.

This article explains his conversion to Baha’ism, and reviews his reasons to leave it and embracing Islam. It also presents some of behaviors of Shoghi and Baha’i followers with him after conversion to Islam.

Baha’ism from the viewpoint of the Baha’i scholars

Denis Mac Eoin is a writer, scholar, and Baha’i critic, who after 15 years of active membership in the Baha’i community, as a result of his intellectual, liberal, and critical views toward the Baha’i administration, was criticized by the Baha’i authorities and had to resign and leave the Baha’i community. After careful study of the Babi-Baha’i history, Mac Eoin stated that the Baha’i leaders have been constantly changing (distorting) the early Babi history. He does not consider the Baha’i Faith as a divine revelation, and provides many doubts about it as a modern and global faith. He observes the Baha’i teachings as adaptions from other previous religions, and some criticizes.

Mac Eoin considers the Babi history quite separate and in contradiction with the Baha’i history. He makes doubts about the assertions of Bahaullah, as the successor of Bab or being a divine Manifestation.

He refuses the claims about the infallibility of Abdul-Baha, Shoghi Effendi, and the Universal House of Justice, and protests the prohibition of membership of women in the UHJ (the highest governing body of the Baha’i International Community).

Mac Eoin observes the Baha’i teaching of non-involvement in politics in contradiction with the Baha’i teaching of Global Baha’i Government. He introduces the Babi movement as a political one that intended to seize the power and overthrow the Qajar Dynasty. He rejects the contents of the Baha’i books that Bab was killed because of his new religion, and the opposition of the Ulama with him.

He acknowledges that in the Baha’i Faith, the Baha’is are recommended to obey the UHJ and the Baha’i administration only, in order to escape of the expulsion from the Baha’i community.

In the Baha’i social system, the educated and academics, who may have different views from the Baha’i leadership, are detected and excommunicated. He criticizes such behaviors. Denis refers to the widespread censor of the historical facts and events in the Baha’i history, and regards the changes, elections, and/or misrepresentation of parts of it as untruthful acts.

Baha’i Faith proposes an administration system for its organization and even for the entire world naming it as a New Order. This order had two important pillars: the Guardian of the Faith and the Universal House of Justice (UHJ).

Referring to the Last Will of Abdul Baha, appointing the Guardian is based on inheritance. It was supposed that after him, the Baha’i affairs would be under the leadership of Shoghi Efendi and then his elder son.

One of the biggest challenges of Bahaism is lacking of any child for Shoghi to succeed him and continuing the leadership of Bahaism. Hence, after Shoghi, the matter of leadership In Bahaism became a big and serious problem. In the absence of one of the pillars (Guardian), the Order of Bahaism faced the threat of collapse.

A person, whose name was Mason Remey, claimed that he was the successor of Shoghi and as a New Guardian. He presented some reasons and explanations to the Baha’i communities.

Some Baha’is accepted his dialogues but the majority denied and opposed him. After that opposition, Remey stablished a new branch in Bahaism and after some years named Orthodox Baha’is.

In the meantime, the Baha’is tried to answer the reasons of Orthodox Baha’is. Mr. Nakhjavani summarized and published those answers and recently Baha’is put the answers in the recently published Fixing Doubts Book.

In this article, we review and criticize the claims of Remey and answers of Baha’is to him. 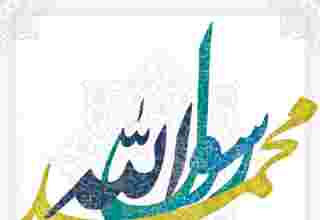