Part 3: An Analysis of the Relation between Religion and Baha’ism in Religious Theory

Exploring the comparison between religion and Baha’ism within religious theory requires drawing a framework. The Baha’i Faith defines its identity under the concept of religion, but are the teachings of the Baha’i Faith measurable, like those of other religions or merely normative? It is not a question of the word of Religion, but of the connection between the teachings mentioned and the sacred identity. The concept of religion in Baha’i Teachings is neither formal nor substantive. The collection of those teachings represents a structured and normative “ideology” that has been constructed in the formal aspect, in the institutional order and in the substantive aspect, emerged with ideas such as the “religion of social evolution” or the “theological system”. This article tries to show that the relation between “religion” and “Baha’ism” can only be explained by the title of “ideology”.

A Brief Description of the Life of Mirza Saleh Eghtesad

The late Mirza Saleh Eghtesad Maraghei is an educated person who has been taught by Baha’is for eight years, to the extent that   he was considered as a Baha’i. After the invalidity of Baha’i Faith was revealed to him, in spite of all the dangers that threatened him, and in spite of loss of further successes in the Baha’i organization, he raised the banner of truth and righteousness and with his commendable effort conveyed the voice of truth to the ear of the right seekers. He wrote a book called »Igaz« to answer his Baha’i father-in-law and declared his reasons about turning away from Baha’is. This article introduces him and his valuable book and provides a summary of those reasons.

Ibrahim George Khairullah, writer, speaker, Theologian, Intellectual, and Critic Baha’is was born on November 11, 1849, in Lebanon. He became a Baha’i in 1890, and started his propagation on Baha’ism by the approval of Bahaullah (the first Baha’is leader). Khairullah was the first Baha’is Missionary who traveled to the United States with the permission of Abdul-Baha to propagate the Baha’ism. He was able to invite some of American Christians to the Baha’ism through his modern and widespread propaganda. Due to Khairullah’s valuable service, Abdul-Baha honored him with the various titles of “Conqueror of America”, “Christopher Columbus II” and “The Perter of Bahaullah”. After traveling to Acre and staying there for six months, while he was closing to Abdul-Baha and Bahaullah’s family he came to the conclusion that Abdul-Baha was a liar, hypocritical, power-hungry, greedy, unreliable, and was not qualified to be the leader of Baha’i Faith. In return, Abdul-Baha became suspicious of khairullah, and didn’t consider him as an obedient and trustworthy person. The dispute between them prompted Abdul-Baha to expel khairullah from Baha’i Community. After about ten years being of active membership in the Baha’i organization, Khairullah turn away from Abdul-Baha due to critic viewpoints of him. So, he became a follower and disciple of Abdul-Baha’s brother, Mirza Mohammad Ali Effendi.

Mirza Shirazi and the Babi and Baha’i Faiths

Mirza Mohammad Hasan Hosseini Shirazi (The jurist and great authority of Shia Societies during Qajar time) has been mentioned many times in the historical texts of Babi and Baha’i. What is examined here is their  statement about his family  relation with Ali Mohammad Bab. Also, we study if his faith based on Bab’s invitation, which is sometimes referred to as the secret faith of Babi and sometimes with the secret faith of Baha’i. This research is disassociated with the second view (the secret faith by the invitation of Bab and Bahaullah). 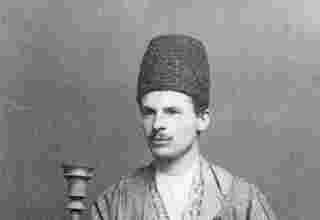