A Review of the book: The Citizens of the World

An analysis of the western Baha’i studies from a globalization perspective, by

Studies about the Baha’i Faith in the fields of phenomenology, sociology, theology, and historiography among the Western scholars are as old as about one hundred and fifty years!

In her book, The Citizens of the World, Warburg seeks to reflect these studies and to introduce and examine the Bahai Faith based on the results of the researches. Identifying Western sources and references in the field of Baha’i studies and the challenges they face, both the Baha’i academic scholars and other independent scholars, is an issue that is addressed in this paper from Ms. Warburg’s viewpoint.

The interaction of the holy Prophet Mohammad (s.a.) with the intellectual opponents

by: Mahdi Hadian, Ph.D, The University of Islamic Denominations

Reading the Prophet’s practice of dealing with the intellectual opponents, especially when he was in power and Islam was dominant in the Arabian Peninsula, can reveal the limits of tolerance for Muslims in power today. One of the most important events of the last years of the Prophet’s life is the event of Mubahila. Mubahila – in addition to being a proof of the accuracy and legitimacy of the position of the Ahl al-Bayt (as), and the unity of the holy Prophet’s soul with the Commander of the Faithful, Imam Ali (pbut), and being one of the reasons for the Imamate of Imam Ali (pbuh) – as took place in the period after the conquest of Mecca ,it contains important points in dealing with the intellectual opponents. One of the most important characteristics of the Prophet’s interaction with the Christians of Bani Najran tribe in this event is his kind listening to the arguments of the other side, expressing convincing and wise reasons, using the sources accepted by the other side in dialogue, and, at the same time, showing compassion and love to the other side, while avoiding violence and pressure in scientific discourse. At the same time, the permission to hold some religious ceremonies is another feature of the Prophet’s dealing with the minorities in the dispute. Following the example of the holy Prophet’s practice in dealing with intellectual opponents is a good lesson for those in power in dealing with the Baha’is nowadays.

(Part I: Definitions and Foundations)

”Baha’ism” and the relentless challenge of identity from “sect” to “religion”!

Historically, the Baha’i Faith was born with the identity as a “sect,” but its leaders had deeper desires and adopted the identity of an independent religion. The description of religion is not valuable in its essence, but it will have a value along with its content, and this is the beginning of continuous and wide-range disputes.

Some modernist Baha’is are now using the social sciences to authenticate the Baha’i “religion” in the time of globalization. This credibility requires the “value” inherent in the word religion and desires a widespread “normative”. This precious gem is hidden only in the shell of the description of “religion” itself. Now some Bahai modernists try to use the neutral attitude in the social sciences to stamp the seal of religion on the forehead of the Baha’ism as an “ideal Type”, and then benefit from the “value” and “normative” approaches! This article believes that the view of the mentioned modernists is the product of a large project; so we try to discuss the dimensions of this project.

By: Hamid Farnagh – M. A. of International Law

Hermann Zimmer, a Baha’i teacher, writer, researcher, and theologian, was born in 1904 in Stuttgart, Germany. He was one of the first Baha’is in Germany. He joined the army in 1940 and was considered a military man until 1948, when he applied for early retirement. The Zimmer family were active Baha’is. After his father was killed in the World War I, Abdu’l-Baha expressed his condolences to his family through a tablet dated July 3, 1917. Mrs. Nee Pfud, mother of Hermann Zimmer, was a prominent Baha’i and a relative of Wilhelm Herrigel, a prominent German Baha’I, who later criticized the Baha’ism  and left the Baha’i Faith after the dispute escalated.

After the death of Abdu’l-Baha and publication of part of his Will & Testament to appoint Shoghi Effendi as Abdu’l-Baha’s successor, Herman Zimmer refused to accept that will, claiming many critics against the administration of Baha’ism and especially Shoghi Effendi himself .He declared that with the beginning of the leadership of Shoghi Effendi and the establishment of the Baha’i organization, the Baha’i Faith had deviated, turning from a spiritual faith to a political party.

Zimmer was declared a violator of the Baha’i Covenant in 1964 for protesting and criticizing the Baha’i organization and its leadership, and was forced to resign after 24 years of membership in the Baha’i community of Germany. In this article, we will get acquainted with some of the critical positions of Hermann Zimmer.

Abdu’l-Baha’s Egoism in the Baha’i Teachings

Among the Baha’is, Abdu’l-Baha has an extraordinary personality and is typically more credible than Bahau’llah. Abdu’l-Baha has repeatedly referred to himself as the “servant of his father “and so has chosen the title’ Abdu’l-Baha. -What is understood from the meaning of Abd (servant) is pure obedience and devotion to God ( here his father). However, during his life we see many instances of obedience violations!

In this article first we study the Abdu’l-Baha’s obedience, and then survey Abdu’l-Baha’s self-centeredness in adding teachings that were not found in Bahaullah’s books and traditions. In this study, the contradictions between the words of Abdu’l-Baha and Bahau’llah, in teachings such as the seeking for truth, the conformity of religion with science and reason, the equality of the rights of men and women, and the discussion of the establishment of the Universal House of Justice have been examined.

Servant, worship, Abdu’l-Baha, Bahau’llah, teachings, seeking for truth, the conformity of religion with science and reason, the equality of the rights of men and women, the Universal House of Justice.

A Brief Survey of Historiography of the Baha’i Faith

A study about the importance and method of historiography in Babi, Azali, and Baha’i Faiths ;and a study of the official history of the Baha’i Faith :Translation of Nabil Zarandi’s Narrative … into English.

Historiography in Babi and Baha’i Faiths, unlike the historiographies in many other cultures and societies, has a long story, equal to the Babi – Bahai history! The Babi – Baha’i historians have made changes in their histories during the period of the formation and evolution of these faiths, according to the changes in their leadership. Therefore, paying attention to internal conflicts and disputes, as well as strategic changes in the reign of each leader, is very important and fundamental to recognize the historiography in that era. Also Babi – Baha’i historiography is not immune from plagues such as a pious view of accepting far-fetched events, relying on the words of leaders as sacred ones contrasting with real events recorded by other historians.

This article, while analyzing the changes of leadership in the Babi and Baha’i Faiths, and the shift of social power among their descendants, examines the impact of this phenomenon on the Babi and Baha’i historiography, and presents some of the challenges in studying historical books written by the Baha’i believers by providing examples and documents. 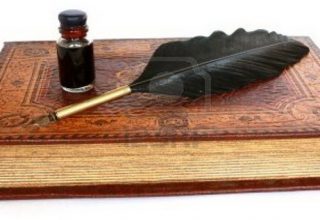